Dublin in a Day

We arrived late evening to the Dublin Airport Manor Hotel, which is about a 4-5 minute drive to the airport, but a 20-30 minute drive into the city. We opted for this location because we were only spending 1 full day in Dublin, and then flying to Paris the next morning at 6am. The hotel was simple but nice, with a lovely purple themed room and breakfast included.

We were all tired and hangry, having gotten quite lost between Kilkenny and Dublin. Thankfully, there is a lot around the hotel (not in walking distance), such as Swords and other Dublin suburbs. We ordered pizza delivery after our late evening arrival, and I swear it was the tastiest pizza I’ve ever eaten!

The next morning, we drove into Dublin and found street parking near the Brazen Head Pub, reputed to be Ireland’s oldest pub (1198). We enjoyed an early lunch there- food was decent, reasonably priced. 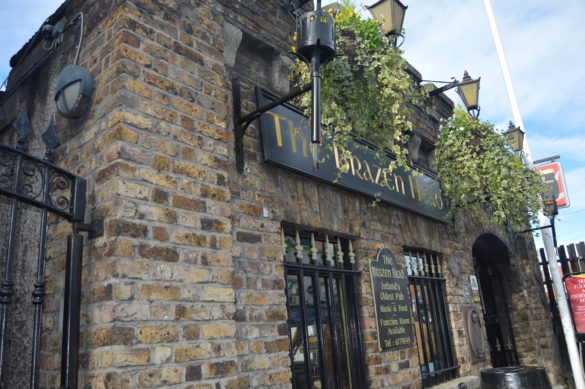 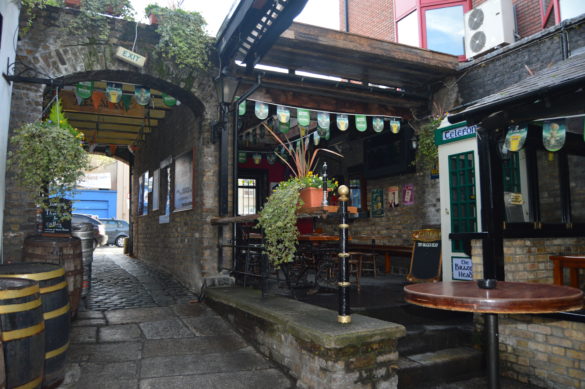 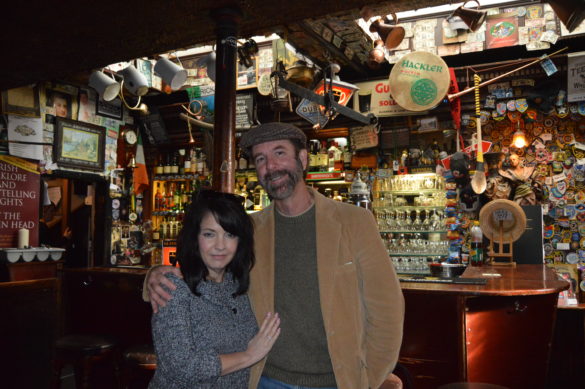 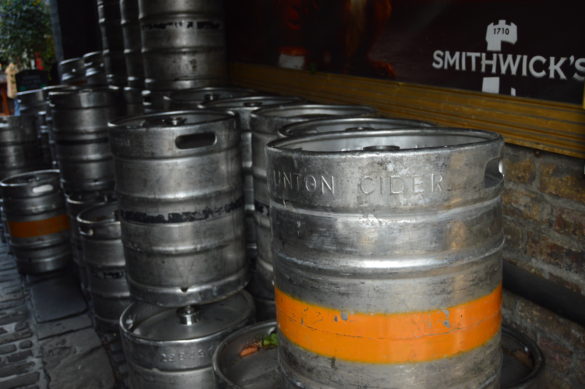 Trinity College & the Book of Kells

We then walked to Trinity College to see the Book of Kells. It’s a decent walk, but it was fun to see some of the city on the way. The area around Trinity is heavily congested, so I don’t advise driving or attempting to park there.

Whichever direction you approach Trinity, the Book of Kells is located pretty much in the middle of the campus, with signs clearly designating it and the Old Library. During high season, there can be a line to get in the building- tickets can be bought onsite or online in advance- but during our November visit, we walked right in. 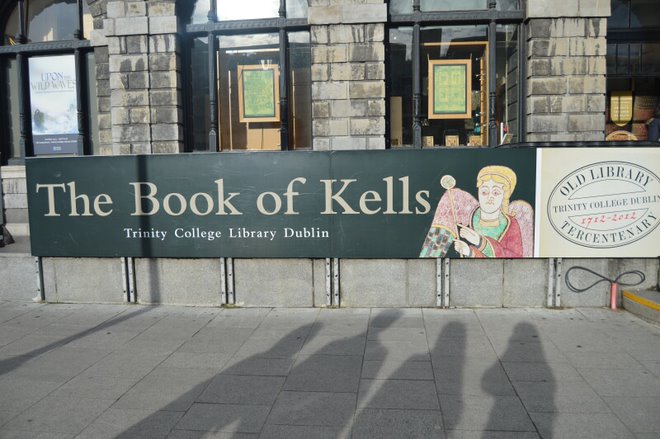 Photography is not allowed around the Book of Kells, making it all the more fascinating to see in person. The vellum pages are so old, yet the colors still shine. You will only see the select pages to which the book has been opened, but the surrounding exhibit contains photos and detailed information on the book. They flip the pages during the week, so if you visit multiple times you may see different pages on display. In 1953, the book was split and bound as 4 volumes, and the college usually has 2 of them on display.

From there, wander through to the Old Library Long Room, which is the stuff my dreams are made of! Think Beauty & the Beast library, Oxford, Harry Potter and so on and so forth. The shelves are roped off, look but don’t touch! Busts line the aisles, and rotating exhibits fill glass cases down the center of the room. I wish my photos had come out better, but I was still learning to use a DSLR and flash wasn’t permitted. 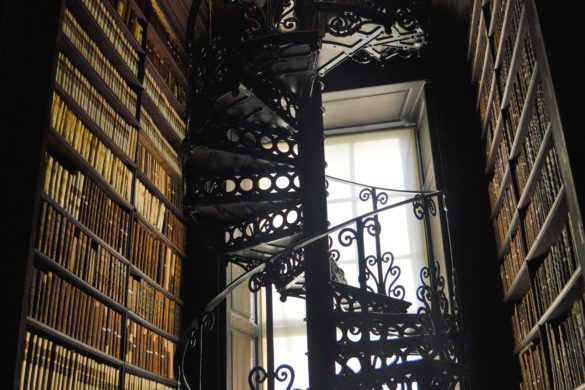 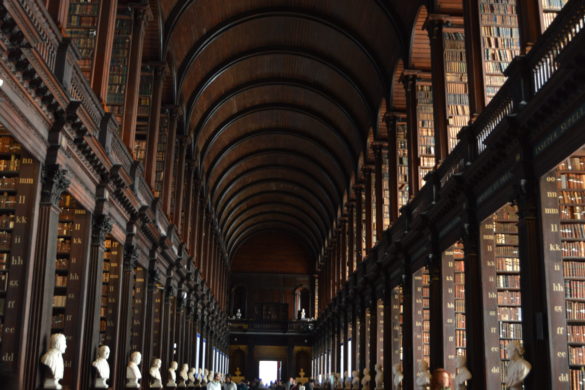 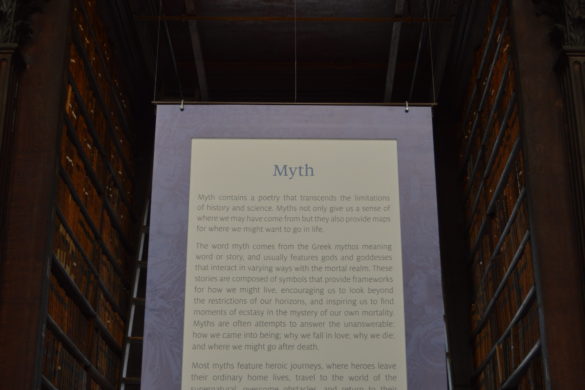 A Run Through Temple Bar

Leaving Trinity College, we strolled through the Temple Bar and you should stop at The Temple Bar (the actual bar) for a drink and silly photos. The Temple Bar district is cobble stoned and picturesque, with plenty of shopping and dining options, not to be confused with the bar named after it. 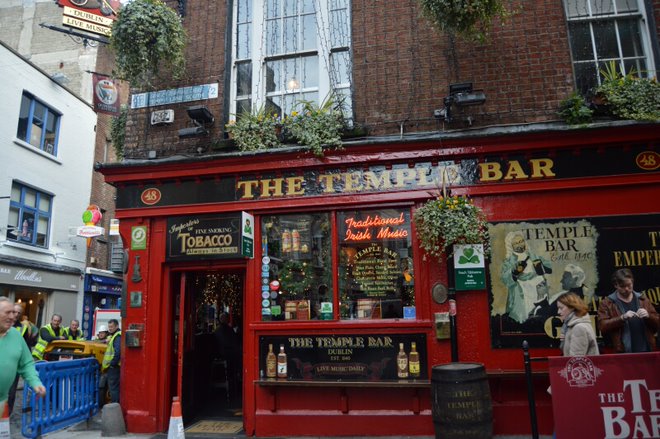 From there, we detoured inadvertently past Dublin Castle, which is open for tours. From the outside, it’s a bit odd looking, with modern buildings connected to it. Getting back on track, we followed Lord Edward Street (Dame Street back by the Temple Bar), to Christ Church Cathedral. Founded in the 11th century, it’s a lovely cathedral, but two things made it worth a stop to me. First, it has an accessible crypt! Second, Richard de Clare (aka Strongbow) was buried here. The current tomb, however, is a modern reproduction as the original was destroyed in the late 1500s. 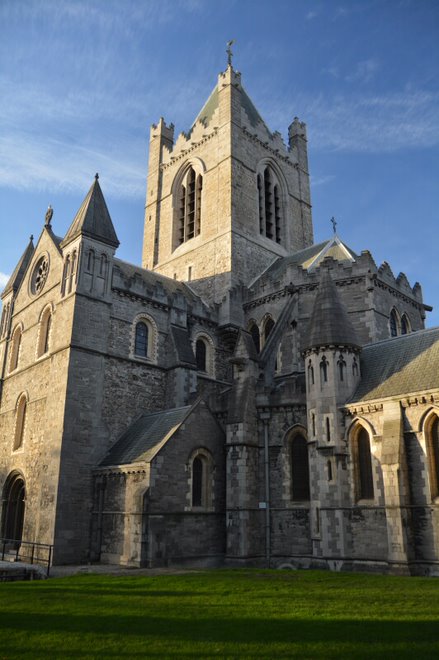 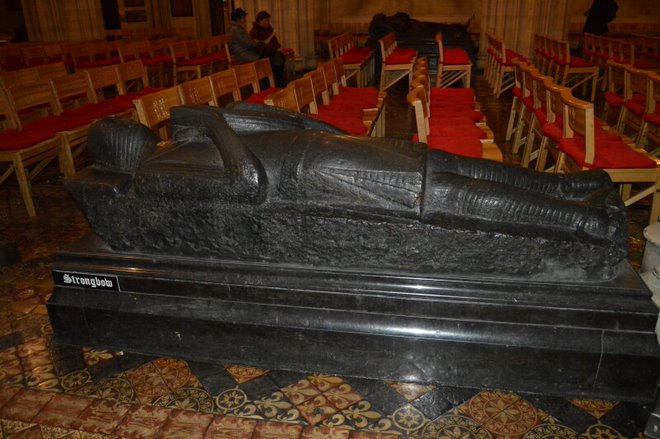 The crypt isn’t nearly as mysterious as it sounds, but is a finished underground area, with its own giftshop. Look for the Cat & the Rat- who were found mummified within the church’s pipe organ during the 1850’s- no telling how long they were stuck there! 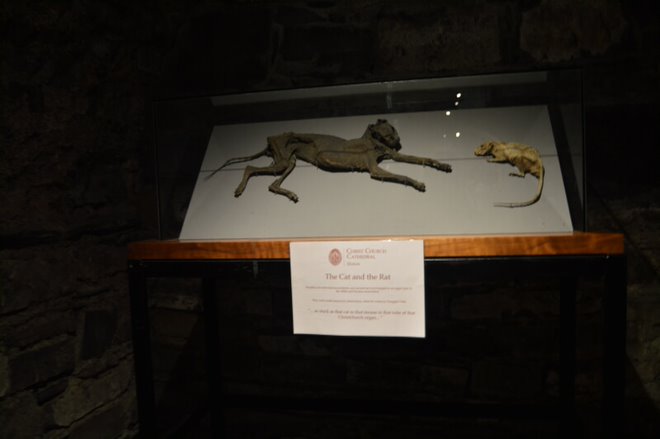 I believe the crypt hosts exhibitions on occasion. While we were there, costumes from The Tudors television show were on display.

Beginning and ending with food, now that’s my style! Leaving the cathedral, we backtracked about 2 blocks to The Queen of Tarts Café, on Cow’s Lane, a pedestrian only street. My sister has been deadset on visiting the cafe, which is very cute and serves sandwiches, salads, quiche and more, as well as beautiful pastries and desserts.  We liked it enough to return during our 2017 trip! 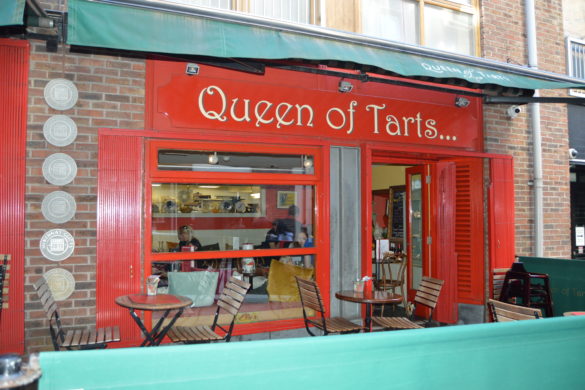 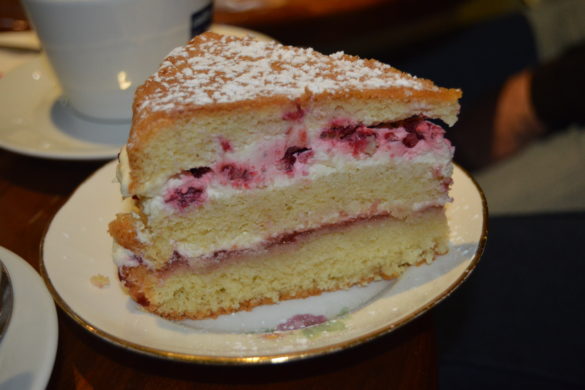 That concluded our short day in Dublin, returning for an early bed and early morning flight to Paris.

London on a Layover

Things To Do During the Chicago Winter!

A Love Affair with the Michigan Dunes

How To Actually Visit the Vatican

I'm passionate about travel, history and learning to do things myself! I write about everything that inspires me from distant places to homey DIY projects.