Solidarity with Paris for Notre Dame

I had barely written my Paris trip summary and the terrible news of Notre Dame’s fire came out. While I’m relieved the damage wasn’t worse, it saddens me that Paris has taken another blow, and a world heritage site has been forever altered. In solidarity with the people of Paris, I want to recognize and remember Notre Dame.

Today, Wednesday, April 17, Chicago churches rang their bells for several minutes in support of Notre Dame. Numerous organizations are taking donations to assist in the rebuild, which UNESCO says could take years. As of today, the donations have reached 1 billion dollars.

Paris and the French people have such a place in my heart, like no other city I have visited. In tribute to Notre Dame, here are just a few memories and photos from my visits.

While Paris is a hectic, busy city, Notre Dame was a point of solitude. Soft music filled the cathedral, peaceful, as the faithful prayed before the alter, and others lit candles in the various alcoves. Yet, Notre Dame draws in everyone. On my first visit, a group of Thai Buddhist monks were touring it together, in their traditional orange robes.

Of the many statues throughout the cathedral, my favorite was Joan of Arc.

On the backside of Notre Dame, a tree lined garden leads the way to the Mémorial des Martyrs de la Déportation, a memorial to the hundreds of thousands of French people sent to German concentration camps during the occupation of World War II. The trees are so thick, we took cover under them during a rain shower. A young girl was playing her violin for tips, and quickly swept up her case and books to dash to cover.

Notre Dame has captured our imagination for centuries, and it certainly won’t stop now. 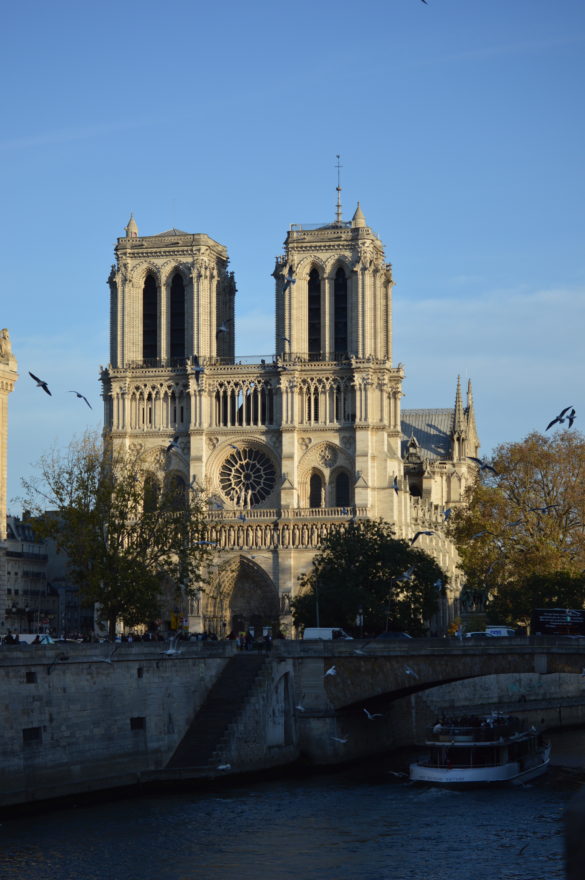 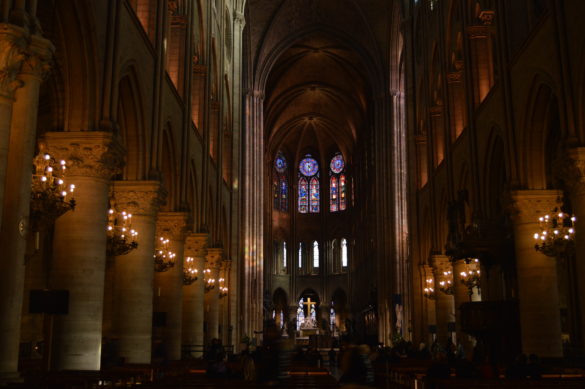 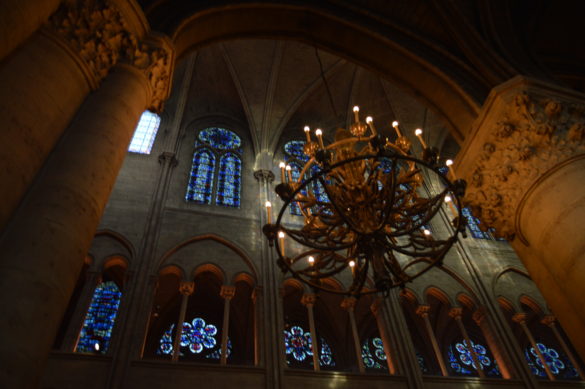 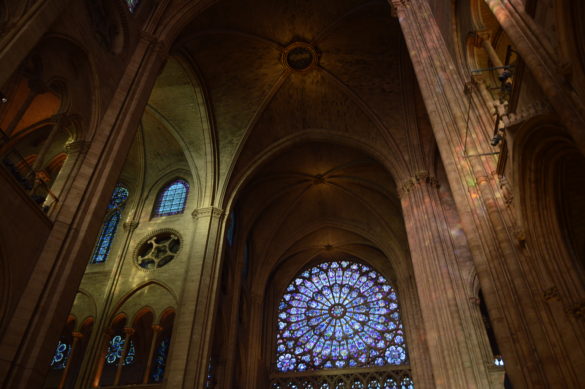 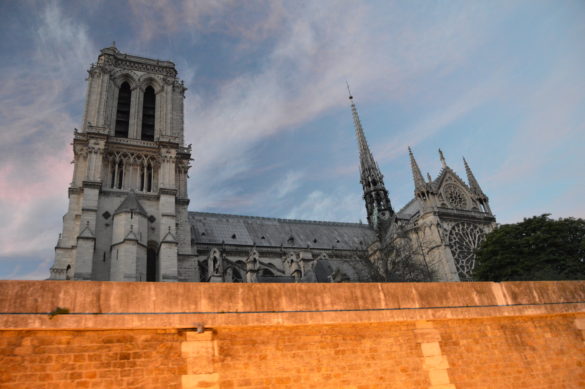 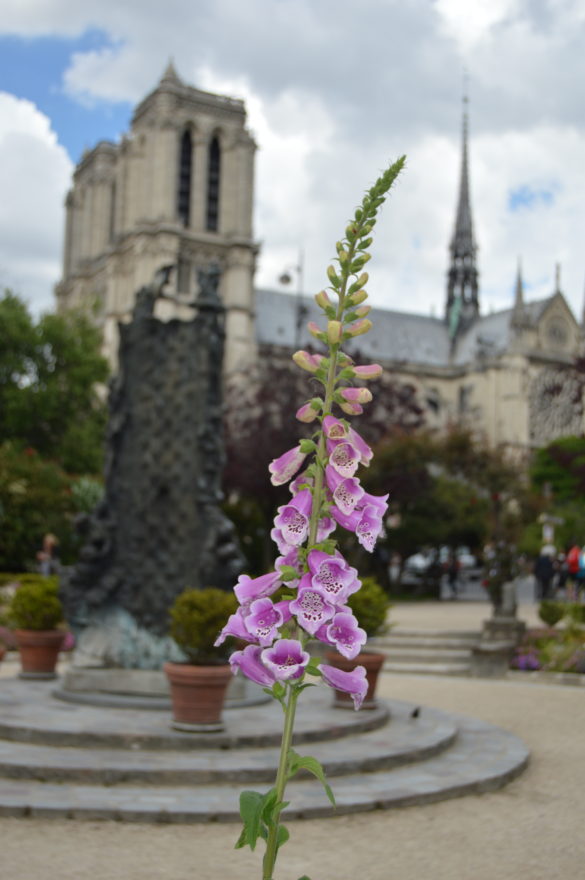 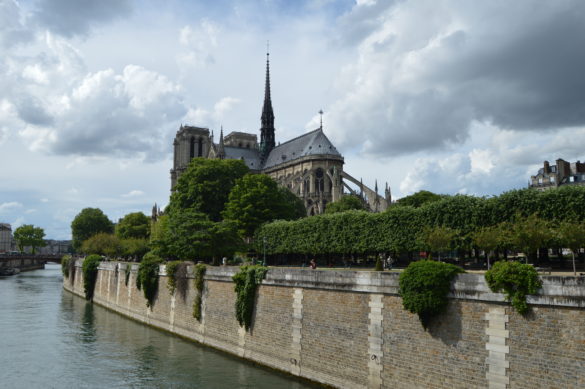 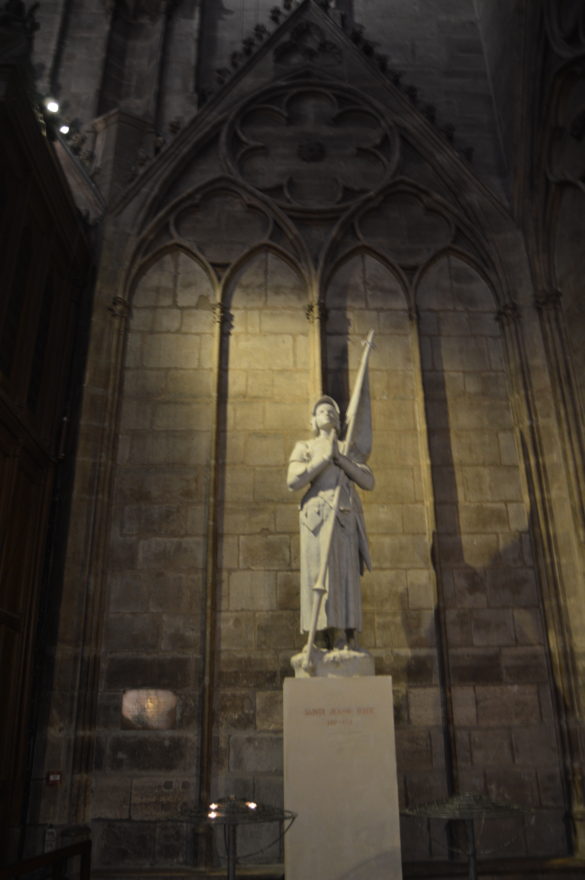 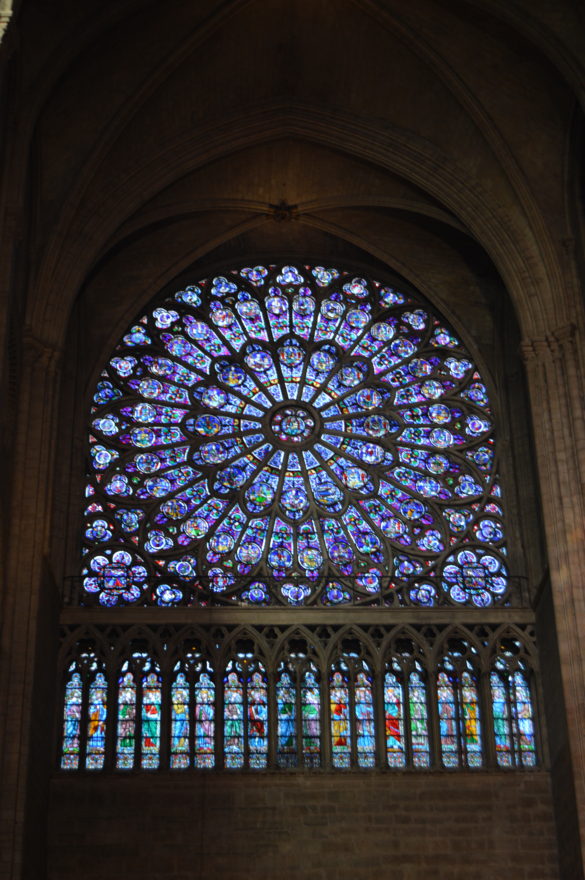 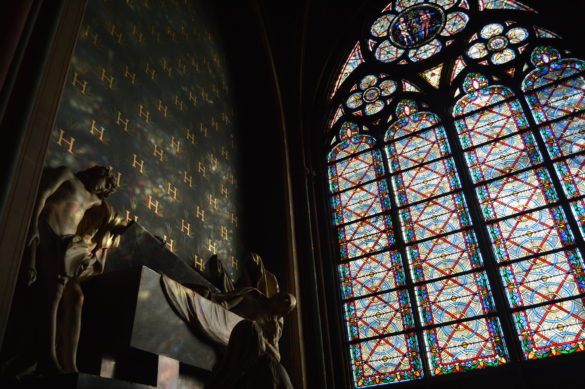