Long layovers are a traveler’s blessing! I have experienced several, using various Scandinavian airlines. In this case, SAS provided an 18 hour layover in Copenhagen, on my flight from Rome to Chicago.

We arrived at 11:45pm, with a departure the next day in late afternoon. Copenhagen is the perfect city for this sort of adventure, city center being only 15 minutes from the airport. The trains run 24 hours a day, with ticket machines in Terminal 3, right above the tracks. We arrived so late, we opted for a cab to our hotel, which seemed an easier option. It was a pleasant, easy, trip with a talkative cabbie who recommended all manner of things to do in 18 hours. It took about 20 minutes, and the ride cost $60 USD. By comparison, we took the train on the return journey in slightly less than 15 minutes for $20 USD total for 5 people. The train is clean and convenient, the definite way to go, especially if you’re traveling during rush hours.

Depending what you plan to do, you may consider purchasing the Copenhagen Card. At €54 for 24 hours, it wasn’t worth it for us, but if you plan to visit many museums or take lots of public transportation, it could be a cost savings.

Our hotel was a block from the Copenhagen Central Station. Absalon Hotel was great, and I highly recommend it. For long layovers, it’s right by the station, easy walking distance to other attractions, and very modern and clean. A great breakfast is included, which you can take in the lovely garden courtyard. A Handy Smartphone was included in our room, allowing free international calls and guests to take it with them for Copenhagen exploration. This was pretty cool, if you don’t already have an international cell plan. One side note on the hotel- the neighborhood is completely fine, but evidently, it becomes the red light district in the late hours. Our cab driver informed us of this as we pulled up, and my husband was propositioned by several ‘working ladies’ while standing outside around midnight.

What to Do and See- A Short Guide

Get an early start and head out! Copenhagen is very environmentally conscience, and bike or scooter rentals are readily available. In fact, I saw more bicycles than cars! Electric scooter stations are throughout the city, including one right in front of Absalon Hotel. Scan the QR code to rent it, and off you go! They can be returned to any one of the scooter stations.

Tivoli Gardens is less than 5 minutes away, just the other side of the Central Station. One of the oldest theme parks still in use, it offers a number of ticket options and thanks to it’s proximity to the train station, can be seen on a long layover. Upon arrival, I was under the impression it is the oldest amusement park, but interestingly, that distinction actually belongs to Bakken, another Danish park just north of Copenhagen.

How to Find the Canal Tour (Following the Sculptures)

Look for the Hans Christian Andersen statue on the northeastern side of Tivoli, beside Copenhagen City Hall, on H.C. Andersens Blvd. The fairytale author’s sculpture looks across towards Tivoli, and has a QR code for a ‘phone call’ from him.

Tours are available in the city hall, which is guarded by stone dragons. Across the square sits
Dragespringvandet, or the Dragon Fountain. A dragon and bull battle, although I’m not sure who has the upper hand. The bronze sculpture was originally designed for an 1889 competition, which it lost, but was later created after the turn of the century. 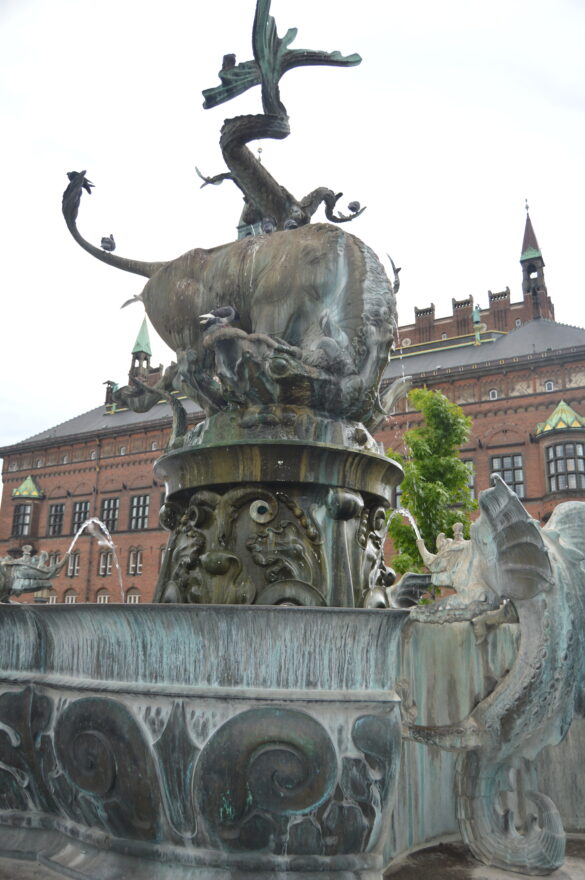 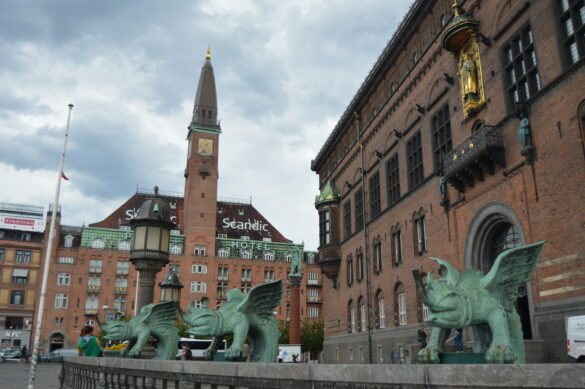 From the City Hall square, cross the street and meander through the pedestrian only Strøget. Primarily a shopping district, it has numerous shops but also one of the oldest churches in the city- Helligaandskirken, or Church of the Holy Spirit. With roots to the 13th century, it holds various cultural events. During our visit, they held 20 minute organ concerts Monday-Friday at noon.

Continue a short distance to the Stork Fountain, another famous sculpture, and take a right. The Bishop Absalon statue looks towards the canal. The 12th century bishop is credited with founding Copenhagen, after he built a castle at Havn.

Just a few steps beyond, the Canal Tours of Copenhagen depart. This was a fun, relaxing way to see quite of bit of the city. The Grand Tour lasts an hour, includes a guide, and will take you past the Little Mermaid Statue, Christiania (the hippie Freetown), the Black Diamond, a few battleships, charming neighborhoods and unique houseboats. For about $15 USD, it’s perfect for a long layover excursion. During our visit, the royal yacht Dannebrog was in port. Crew clambered over it, prepping for it’s upcoming voyage to Greenland. It’s good to the Queen, I guess. 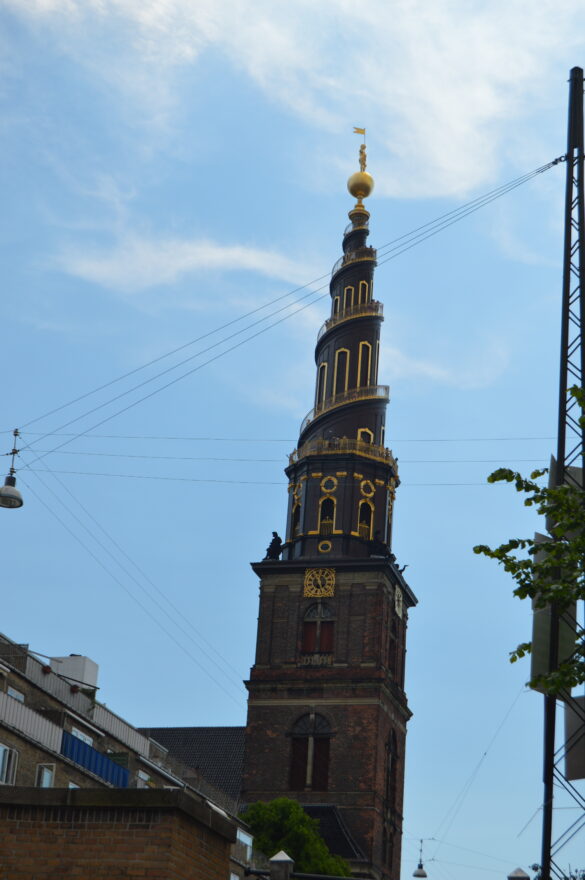 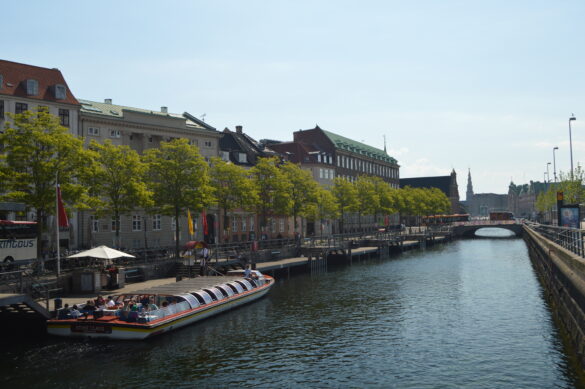 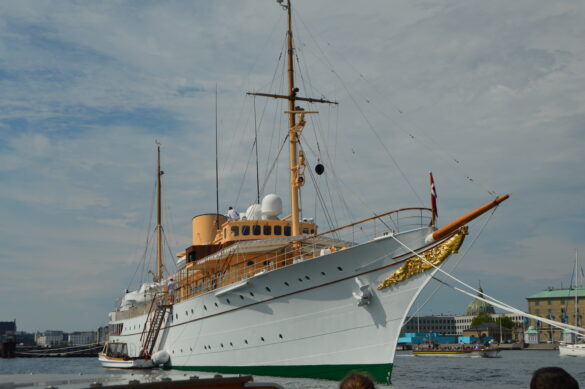 The only downside, no fault of the tour company, is the Little Mermaid status is only viewable from behind. She sits so close to the shore, you can walk out to her, and boats cannot get in front. 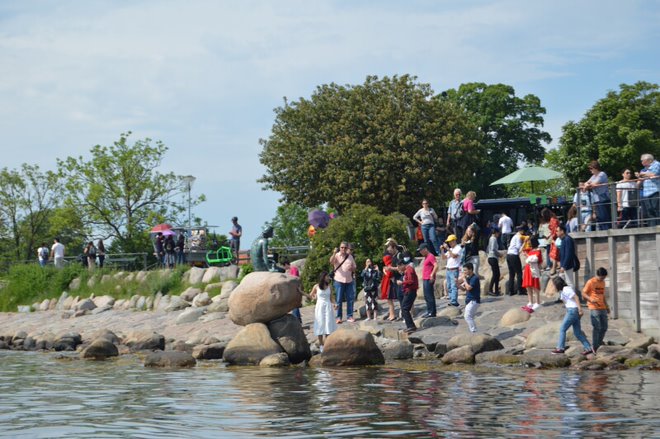 Little Mermaid Copenhagen from the water

From the canal, you’ll just the Church of our Savior’s spire. Like a fairytale rising from modern Copenhagen, it’s hard to miss. You can climb the spire to the top, an activity voted best in the city.

The canals have numerous bridges, including this last one before the end of the tour. The boats are built to size, and barely squeeze through! 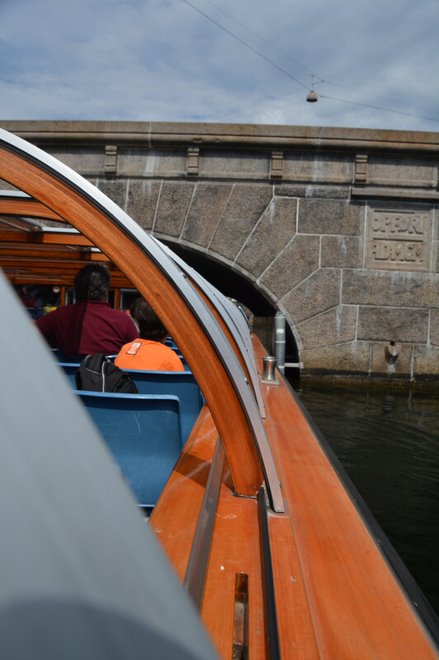 When the tour returns to Højbro bridge, look for the hidden sculpture. The water in Copenhagen is crystal clear, and just beneath the surface is the Agnete and the Merman. The sculptures depict the merman and his sons, reaching to the land for their mother. Based on a Danish legend, Agnete was a young woman who married a merman. After having seven sons, she heard the church bells on land and longed to visit her old home and family. She did, but never returned to the sea. The merfamily continues to call for Agnete from beside the bridge. 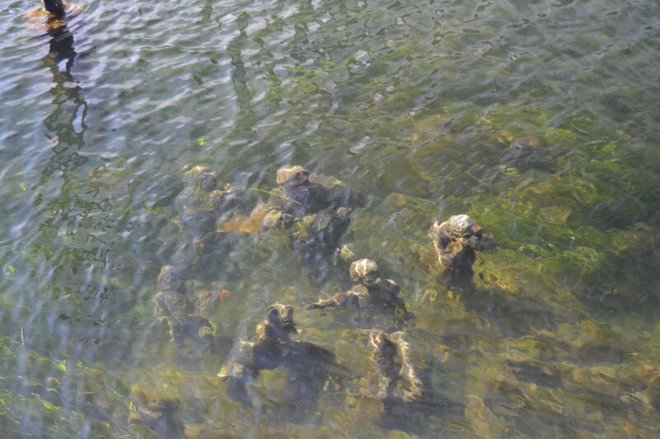 Agnete and the Merman sculptures

While you can’t do it all in 18 hours, you could cross the bridge and see Christiansborg Palace, home of the royal family. Tours are offered daily, and it’s an easy stop. Unlike say, Buckingham Palace, there is no mob scene or huge fence. Just stroll up to the palace and purchase a ticket. 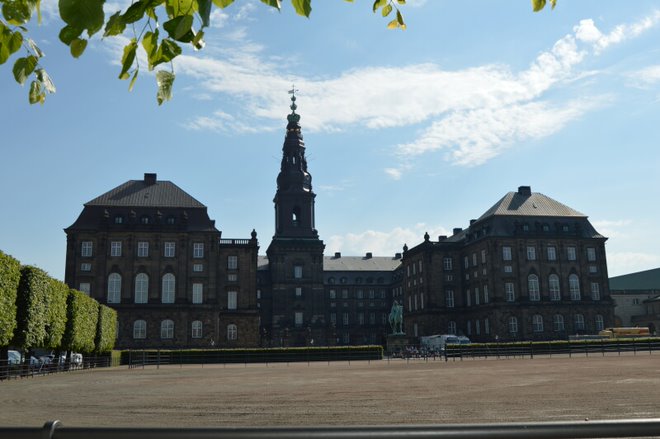 The National Museum of Denmark is another block away, and is a great stop for Viking enthusiasts!

Or, to head back to the Central Station, and avoid the shopping district, follow the path along the canal, paralleling the 02 road. It’s pretty, and dotted with kayak shops and a cool floating restaurant and bar called Green Island of Copenhagen.

While there is still so much more to explore, I had a blast speed exploring. Just from my short trip, I was struck by the sustainable, green attitude throughout the city. So much seems centered around a health conscience, nature loving attitude, and I can get onboard with that! 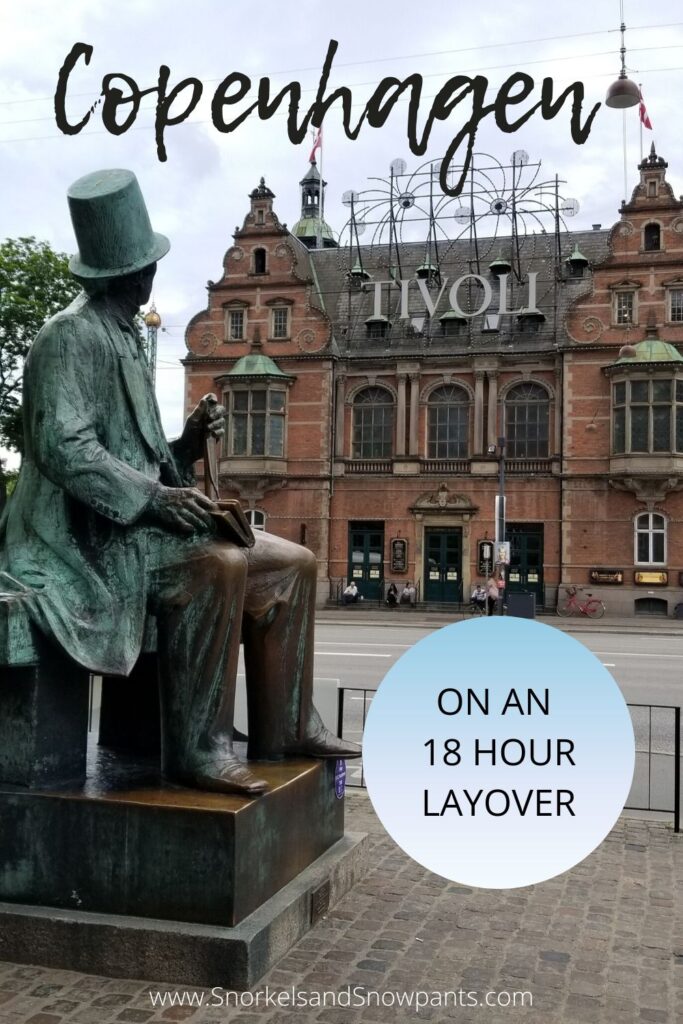 A Weekend in Saugatuck and Douglas, Michigan

Inexpensive (or Free) Things to do in Venice, Italy

I’d love to visit Copenhagen again and a layover trip would be perfect for a lovely refresher. I must say I’ve never seen a hotel give a temporary phone for the layover. It’s great if one doesn’t have an international plan.

Agreed, there are plenty of cities I’d like to visit on a layover for a refresher!